Tesla’s Stocks Prics: Should You Buy Them? Should you buy Tesla stocks and what’s the price? Tesla is already poised to be one of America’s most successful and iconic companies for automobiles. For over 18 years of history, it has shown that it can produce and sell electro mobiles that both look great and have disruptive technology.

Buying One Tesla Stock in 2o21

Buying one Tesla Stock at the end of 2021 would cost you about $700. As of September, 2021 Tesla’s price for one stock is around $750 but the price varies from minute to minute. What’s important about the pricing is that stock market changes constantly so you have to follow a clear investing strategy.

Tesla’s Stock Price: Why are Tesla’s stocks so expensive?

It should be said that Tesla is one of the most innovative companies in the world which increases its value. One of the main benefits of the company is that it produces not only Model S, 3, X and Y, but also lithium-ion cells and packs for batteries, solar panels, and solar roofs. Naturally, the variety of services and products offered by the company has led to a number of economic benefits for the manufacturer.

In 2020 Tesla’s (NASDAQ:TSLA) stock was up with 695% with a current market capitalization standing at over $574 billion. Recently, the company has even shared that they had the highest ever quarterly profit!

To generate the necessary capital to make their cars, Tesla not only sells cars but also leases them. But that’s not the only way they earn money – a big amount of value is added through investing.

In 201 Tesla announced the launch of its first initial public offering (IPO) on NASDAQ. This occurred as an extremely exciting proposition because the company was one of the first times a major automaker produced an electric car that had some sort of edge over the competition. Not only that, but it was also the first American automotive company that went public in more than 50 years.

Should you invest in Tesla?

That’s the million-dollar question on the minds of many casual investors and a legitimate concern for anyone looking to have their retirement plans. Tesla is the most valuable car company in the world, and its stock price has skyrocketed over the past year.

Buying Tesla Stocks is a risky proposition, and while the price of Tesla is high at the moment, it doesn’t mean it’s going to stay that way. Buying stocks generally means that you’re investing in a company’s future. The stock market often trends upward as well as downward, so don’t forget to diversify your portfolio by investing in some other stocks! Buying a Tesla Stock: So how can you invest in Tesla?

Tesla’s shares trade on the NASDAQ Stock Market. The NASDAQ (National Association of Securities Dealers Automated Quotations) stock market is a computer-based electronic system for executing trades. It was the world’s first electronic stock market, and today accounts for over billions of shares a day. Currently, there are over 3,000 companies listed on the NASDAQ Stock Market and you can find Tesla’s stocks under the name “TSLA”.

In order to buy Tesla’s stocks (shares), you will need to find a financial broker and open a trading account:

Tesla Stocks price constantly changes so you need to constantly check on it. It’s hard to find out what’s the best time to buy Tesla stocks, because it depends on your goals, budget and strategy. What’s interesting is that in 2021 Tesal hit an all-time high stock closing price at 883.09 on January 26, 2021. As of September 2021, Tesla’s Market Cap is 724.366B.

Indeed, stock prices are an estimation of the value of the company. When the share price goes up, investors are betting on future earnings of the company, based on market predictions of their financial performance. For example, if a particular company has issued shares in an IPO (Initial Public Offering) at $15 per share and market predictions are that their earnings will rise by 30 percent during the year ahead, then their stock price is said to be worth $17.50 after 12 months.

Why does Tesla’s Stock Price Change all the time?

In economics, stock price movements refer to changes in the value of a company’s shares, from the moment it goes public on one market until another. The rationale behind these changes is that investors believe stocks are worth more at their current price than they were before and will do less well as time progresses. Generally speaking, stock prices increase if earnings rise or companies release positive news or acquire new businesses to grow revenues. Decreased share value often occurs due to poor earnings projections or a decline in sales.

What you need to know before buying Tesla Stocks

This electric car company has been surrounded by controversy ever since its inception in 2003. From its exclusive clientele to the fact that it only sells its cars online, there have been a lot of controversies regarding the carmaker’s business practices.

Of course, Tesla has also made a lot of good decisions for its investors too, so you have to be careful!

Keep in mind that the CEO of Tesla Motors is among the main reasons for the company’s success. Very often the actions of the eccentric businessman influence the company – positively and negatively. Any controversy with the entrepreneur has an effect on Tesla’s stocks.

In 2021, Musk has even been able to prove numerous time that his Twitter account can have an effect on the global stock market, so beware. Recent events show that if you plan to invest in the company, you will have to closely follow the behavior of the CEO – so better hit that notification bell.

Tesla’s stock price has risen exponentially since a rough 2017 when it released its first mass-market model, the Model 3. Even with all of its controversies, Tesla’s business is growing at a fast rate – but this doesn’t mean that investors are immune to losses. It’s very important to follow a buying and selling strategy, especially with such high-risk stocks.

Before you think about investing in a certain stock, be sure that you educate yourself and have a great financial literacy to step on. Without proper financial education, investors can be easily swept up in the hype around these ill-fated investments and be left with nothing. It’s important to always put in the necessary due diligence and be wary of money schemes that seem too good to be true, as they probably are. Critics of Tesla say that the company is a niche player in the car industry and will be gobbled up by one of its bigger competitors. However, the company has been able to build a strong brand in the electric-car space with an all-star leadership team. The ambitious growth strategy and high fixed costs are pointed as its biggest problems right now.

The best way to get into investing is by gaining knowledge and receiving financial advice from experts. Learn how money and business work. Experts all around the world warn of the risks and pitfalls of investing in unregistered securities, such as those offered by Ponzi schemes, noting that people often are lured into these schemes by promises of large returns in a short period.

The upcoming Tesla Semi truck will give us a good indication if we are witnessing another tech bubble burst or if this company has finally found a way to survive as an independent automaker in the U.S. 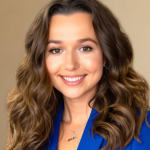 Everything you need to know about Real Estate Investing: How and when? Investing in Stocks & The Stock Market: Everything you need to know