The Elon Musk Crypto Power: Why Can He Drive the Market in Both Directions? - The Fintekkers

The Elon Musk Crypto Power: Why Can He Drive the Market in Both Directions? The fact that cryptocurrencies aren’t controlled by banks or governments, along with other factors, contributes to their volatile nature. This means that if any news affects the other financial markets, the crypto market is likely to suffer even more easily. In the past years, after digital assets became more popular, people started discussing them more widely. There have been more than one occasion recorded when a public discussion about digital assets affected their prices.

One of the people who has proven effect on the market is Elon Musk. In 2021 it was Elon Musk who contributed to the rise and fall of the crypto assets numerous times. Due to the past events, it’s interesting to consider what will be the Elon Musk crypto influence in the next years. Here we’ll go over what he’s done so far, regarding digital money and how the market responded.

What Is the Elon Musk Crypto Connection?

At the moment, Elon Musk is the wealthiest man in the world. He’s behind big companies like Tesla, the electric car manufacturer, and SpaceX, a space technology company. It’s been reported that his companies have holdings in cryptocurrency and the personal Elon Musk crypto portfolio consists of three confirmed assets so far: Bitcoin, Ethereum, and Dogecoin.

Besides having corporate and personal holdings in digital assets, Elon Musk crypto engagement expands over to taking part in specialized discussions regarding cryptocurrencies and frequently talking about them online.

To some people, it may sound exaggerated to say that one Elon Musk crypto tweet can rise or drop the value of a cryptocurrency. However, there already are enough examples to prove that this is true and is likely to happen again, if he continues to show interest, or disinterest, in the decentralized assets. We’ll now examine how Elon Musk crypto interactions have gone so far.

What Are the Elon Musk Crypto Relations With Bitcoin The interest of Elon Musk in Bitcoin goes back through the years, however, his actual influence on the first cryptocurrency was recorded from January 2021. Then it was revealed that Elon Musk’s company Tesla has holdings in the amount of $1.5 million bitcoins. Following this, the company announced that it will be accepting Bitcoin as a payment option for its vehicles. This is when the Elon Musk crypto influence brought the Bitcoin price to its first big milestone of $64K. The moment could be marked as the beginning of the continuous saga between the entrepreneur and the king crypto last year.

However, shortly after Musk brought Bitcoin to this high value, Tesla investors, environmental activists, and even Elon Musk himself raised awareness about the power Bitcoin mining needs. This brought to the suspension of bitcoins as payment in Tesla. Coincidentally, around this time the government in China started banning mining facilities in the country. Since China is known as one of the biggest Bitcoin miners, this regulation, along with the Tesla decision, brought the Bitcoin price, and the whole market, to drop more than halfway down.

This dynamic situation didn’t the Elon Musk crypto connection with Bitcoin. As mentioned, he already holds the asset. Also, a month later after the crash in 2021, Elon Musk said it’s possible that Tesla will accept bitcoins in the future again. This shortly rose the Bitcoin price at the time. Musk has already mentioned that he wants to see the biggest crypto succeed in the future, overcome its issues, and be an essential part of the lives of society. Elon Musk crypto favorite has been declared clearly and that is the first joke cryptocurrency – Dogecoin. Musk has called himself the “Dogefather” and has been endorsing the DOGE cryptocurrency actively. He has also taken actions to prove his liking of the coin, by collaborating with the cryptocurrency’s developer team and helping them create a roadmap for the future of the coin.

Elon Musk crypto endorsement for Dogecoin has branched out in the wealthiest person’s companies too. His company Tesla accepts Dogecoin as a form of payment for merchandise in the store. He also has said that he wished to incorporate DOGE as a way of paying for different services on Twitter in the future.

Another aspect of Elon Musk crypto support for the joke cryptocurrency is the creation of a crypto project by SpaceX, including the coin. The mission Doge-1 is funded entirely in dogecoins and is expected to send DOGE to the moon, also influencing its price in an upwards direction potentially. The mission was planned for the first quarter of 2022 and has been postponed but the idea of it has already influenced the DOGE price positively a few instances.

Having discussed some of the instances when Elon Musk influenced the crypto market, we must now say where he shares his opinions on digital money. He participates in different discussions but his favorite way of speaking about cryptocurrencies is using Twitter. On more than one occasion, an Elon Musk crypto tweet has raised the Dogecoin’s price.

On the most recent occasion when Elon Musk influenced the decentralized world through social media, he used a screenshot of the NFTs Bored Ape Yacht Club to mock the non-fungible tokens for being “kinda fungible”. Even though he did it to joke about the tokens, the price of the cryptocurrency ApeCoin, connected to the NFT collection, rose.

There is also evidence of the Elon Musk crypto community connection, related to Twitter. When it was announced that Musk will be buying social media, Dogecoin’s price rose. Not only that, the entrepreneur was supported by the crypto exchange Binance financially for the deal. Every cryptocurrency lover who uses Twitter is now looking more than ever at how the crypto saga will unfold.

Considering the provided evidence so far, the Elon Musk crypto influence is undeniable. He’s so popular in the decentralized world, that people have named new cryptocurrencies after him, or even after his dog. The usage of his fame may be a joke in these instances, but there are serious frauds, using the fame and influence of Elon Musk.

QuantumAI is a scan detected in 2021 that still runs today. The fraud uses Elon Musk, presenting him as one of the creators of the company, to scam people and steal their money. Here the scam relies on people investing their money, promising to grow them but instead they steal them.

In 2022 alone, so far there have been reported two major Elon Musk crypto scams. The first scam consists of people creating fake Elon Musk Twitter accounts and creating events where he’s giving away cryptocurrencies, in return for people first giving him theirs. Since 2021 in the US more than 7,000 people lost their money in similar scams. Scammers have stolen more than $2 million from people who got deceived that Elon Musk was going to grow their funds if they trusted him with them.

Another example of a Elon Musk crypto fraud is edited videos of him talking about cryptocurrency, made to sound like he was again asking people to send him their money in order to return them doubled or more.

Please keep in mind that even if Elon Musk is an outspoke crypto supporter, having personal and business holdings in digital assets, it’s very unlikely that he will give away free cryptocurrencies. It’s even more unthinkable that he will ask for your own assets to be transferred to him. Don’t fall for scams that use his fame to lure people.

How Long Will Elon Musk Continue to Be Connected to Crypto?

Evidently, Elon Musk crypto influence has happened in the past and most likely will happen again. From his words and actions so far it could be deducted that he is a cryptocurrency supporter and believer and will likely affect the market again.

The wealthiest man alive is a figure worth following if you’re an active cryptocurrency trader or want to add digital assets to your portfolio. However, don’t believe everything you see on the internet, connected to Elon Musk crypto initiatives. The first thing you should always do before managing your funds is to research. After you’ve gathered information from credible sources, then you can try to invest in the digital world. 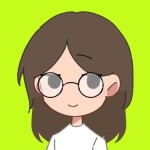